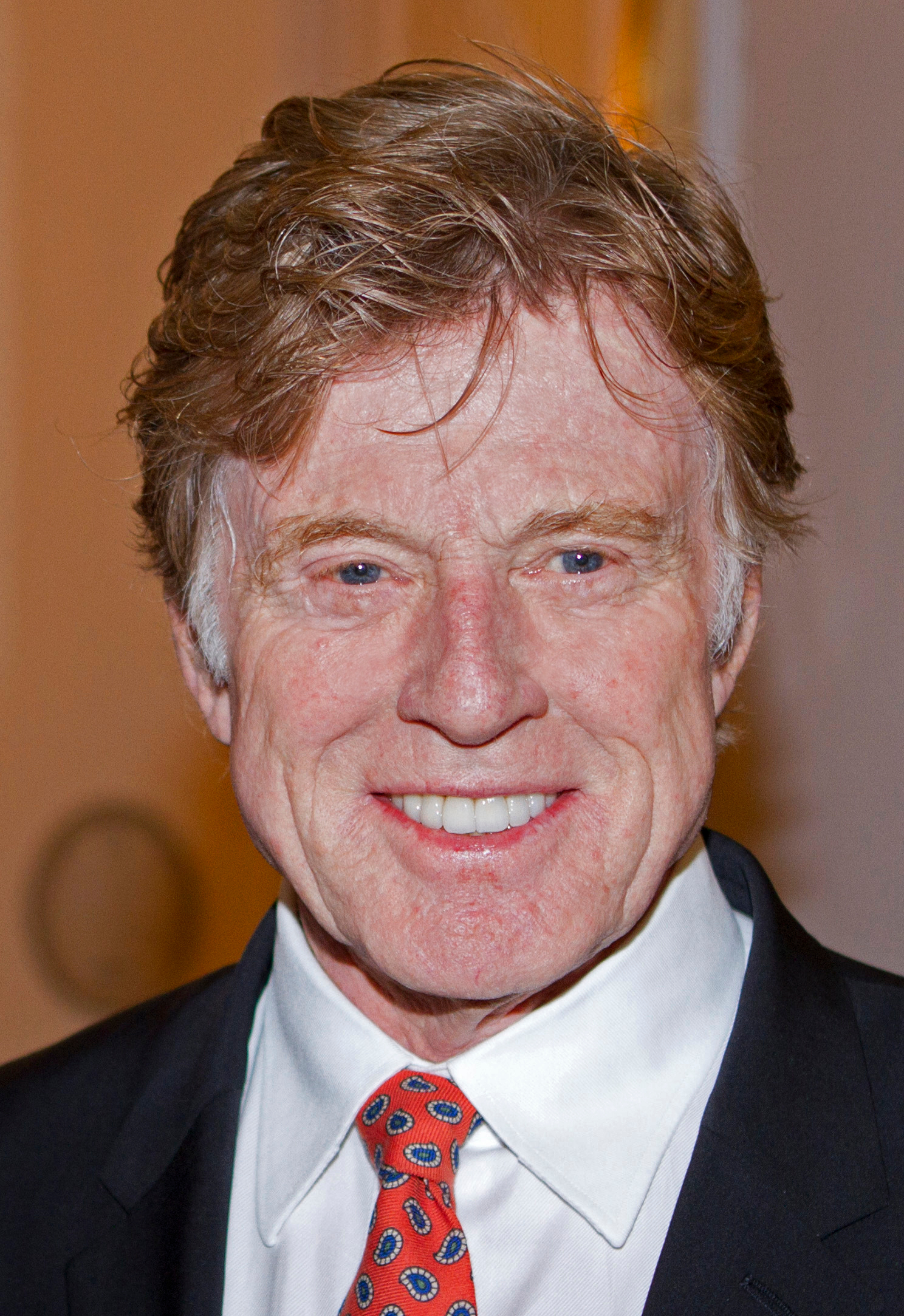 Charles Robert Redford Jr. (born August 18, 1936) is a retired American actor, director and activist. Throughout his career, he has won several film awards, including an Academy Award for Lifetime Achievement in 2002. He is also the founder of the Sundance Film Festival. In 2014, ''Time'' magazine named him one of the 100 most influential people in the world. In 2016, he was honored with a Presidential Medal of Freedom.

Appearing on stage in the late 1950s, Redford's television career began in 1960, including an appearance on ''The Twilight Zone'' in 1962. He earned an Emmy nomination as Best Supporting Actor for his performance in ''The Voice of Charlie Pont'' (1962). His greatest Broadway success was as the stuffy newlywed husband of co-star Elizabeth Ashley's character in Neil Simon's ''Barefoot in the Park'' (1963). Redford made his film debut in ''War Hunt'' (1962). His role in ''Inside Daisy Clover'' (1965) won him a Golden Globe for the best new star. He starred alongside Paul Newman in ''Butch Cassidy and the Sundance Kid'' (1969), which was a huge success and made him a major star. He had a critical and box office hit with ''Jeremiah Johnson'' (1972), and in 1973 he had the greatest hit of his career, the blockbuster crime caper ''The Sting'', a re-union with Paul Newman, for which he was nominated for an Academy Award; that same year, he also starred opposite Barbra Streisand in ''The Way We Were''. The popular and acclaimed ''All the President's Men'' (1976) was a landmark film for Redford.

In the 1980s, Redford began his career as a director with ''Ordinary People'' (1980), which was one of the most critically and publicly acclaimed films of the decade, winning four Oscars including Best Picture and the Academy Award for Best Director for Redford. He continued acting and starred in ''Brubaker'' (1980), as well as playing the male lead in ''Out of Africa'' (1985), which was an enormous box office success and won seven Oscars including Best Picture. He released his third film as a director, ''A River Runs Through It'', in 1992. He went on to receive Best Director and Best Picture nominations in 1995 for ''Quiz Show''. He received a second Academy Award—for Lifetime Achievement—in 2002. In 2010, he was made a chevalier of the ''Légion d'Honneur''. He has won BAFTA, Directors Guild of America, Golden Globe, and Screen Actors Guild awards. Provided by Wikipedia
Showing 1 - 12 of 12 for search: 'Redford, Robert,', query time: 0.19s
Search Tools: Get RSS Feed — Email this Search — Save Search